Lunch: Back in the Bubble 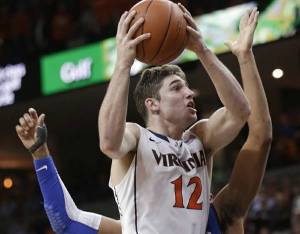 We’re back for Lunch with another round of bubble teams. Picking up right where we left off:

Maryland (20-11) – In order for Maryland to overcome their sky-high computer numbers and make the tournament as an at-large, they’re going to have to make some serious noise in their last ever ACC tournament. Maryland will play Wake Forest in the first round and Duke in the quarterfinals, both must-win games.  A second win over the number one RPI team would usually be enough to make the tournament, but that would be only the fifth top-150 RPI win for Maryland all season. For a team with as many top-150 opportunities as the Terrapins have had (16), five wins doesn’t cut it. A win in the ACC semis over North Carolina might be enough to push them over the edge, but at that point they might as well just win the whole thing and grab an automatic bid on their way to the Big Ten.

Ole Miss (23-8) – Despite a lack of good wins (a home win against Missouri two months ago being the only one), Ole Miss wound up with the three seed and a double-bye in the SEC tournament. The Runnin’ Rebels are in line to play Missouri again in their first game. Even though the Tigers are the second-best team in a weak SEC, a second win over Mizzou doesn’t a tournament team make. The Rebels would then most likely play Kentucky in what would essentially be a play-out game. There’s no guarantee that wins in these two games would be enough to seal the deal, however, and Andy Kennedy may just have to find a way to win the league’s automatic bid to save his team’s season and quite possibly his job.

Temple (23-8) – Temple is in the best position of any team on this page. They took care of business on Saturday, beating VCU convincingly in the regular season finale. The Atlantic 10 tournament actually poses itself as more of a minefield than a profile booster for the Owls. As long as they can avoid a slip-up to a lesser team (starting with the George Washington-UMass winner in the quarterfinals), there’s almost no way Temple doesn’t go dancing.

Tennessee (19-11) – This is the definition of a profile right on the cut line. The Volunteers have four top-50 RPI wins, including an early-season battle with Wichita State and a marquee win over Florida. They also have a near .500 road/neutral record, something that is very important to the selection committee. On the flip side, they are 1-4 against teams on this page, having lost to Virginia, Kentucky, and twice to Ole Miss. It’s going to take a strong SEC tournament performance and perhaps a little bit of luck to go dancing. Tennessee will need to beat a bottom-feeder (South Carolina or Mississippi State) then Alabama in the quarterfinals to have a fighting shot. If Tennessee can’t take down the Gators one more time in the semis, they’ll be left hoping their bubble doesn’t burst on Sunday.

Virginia (21-10) – No team has ever made the tournament in its current form (since 1985) with as many sub-100 RPI losses as Virginia (seven). Only three teams have even made it with more than four such losses. For this reason the Cavaliers have their ACC tournament work cut out for them. They play the NC State-Virginia Tech winner in the quarterfinals, followed by a likely matchup with regular season winner Miami in the semis. If Virginia can find a way to beat Miami, they should find themselves on a bracket line come Sunday night.

My Picks: I see Boise State and Iowa State getting in based on the work they’ve already done and the fact that even a loss in the first round of their conference tournament won’t hurt too badly due to the quality teams both are playing (San Diego State and Oklahoma, respectively). Temple will get in because they are simply playing too well this late in the season to let a poor team get in the way. Kentucky is arguably better than any team in their half of the SEC bracket, and can make it to the tournament final with relative ease. La Salle will put up a fight against Butler, but win or lose will still make it based on the fact that they’ve won 10 road/neutral games, more than any other bubble team.

Ole Miss and Maryland have too many obstacles to overcome, and too few opportunities to do so. That leaves Tennessee, Baylor, and Virginia. Whichever team seizes the opportunities that their conference tournament presents will snatch up the last remaining bid. Based on the ease of the opponents they are facing, my money is on Tennessee. See you on Sunday.

What do you think of our picks? Think Virginia can sneak in? Will Kentucky get a chance to repeat? Get at us @TheOrangeWedge

Last night the University of Virginia beat the number 3 team in the land, Duke. For the 4th time this year, Duke players walked off as students from the opposing school ran onto the court.

What goes on in these court stormings? I can never tell.

Unfortunately, I have missed every chance I have had (count 3) to rush onto a football field or basketball court in my 5 years at two universities.

This is gaining some coverage because Coach Krzyzewski complained about player safety. This is a fair claim, but not the focus. So what’s my gripe? The fact that every single time a top 10 team loses to an unranked team, students want to have a pow-wow (though I rather call it something else) in the middle of the court.

The fact of the matter is, students go to games drunk. They cheer on their team through ups and downs. They are emotionally invested in the game. But it should stop there. Watch any court rushing and you will see tons of kids piling into the middle with their hands in the air. After the initial group has formed an unmovable cluster in the middle, people add on to the peripherals. And I just can’t understand why.

It’s downright stupid. Is it because kids just want to be on the court? Go to the arena when there is no game, you can walk all over it. Maybe kids want to be close to the players? Well, these are student athletes, so chances are they are walking around campus or going to class.

In some sort of ephemeral moment of glory, these kids crowd the players preventing the media from really letting these mostly unknown players have their shining moment. Will any Virginia player (besides Joe Harris) be drafted? Probably not. Let those players get the facetime and 15 minutes of fame they deserve.

Inevitably, this “court storming” trend needs to stop. It seems likely that sometime soon, a drunken student will fall, get trampled, and eventually die, like some Guns n’ Roses concert or Wal-Mart on Black Friday.

If you beat the #1 team in the nation, I have no problems rushing to greet the heroes. Minnesota, go ahead and storm your court after beating Indiana, it was your defining moment. Same for you Illinois, especially after a last minute layup. But Virginia? Really? Duke has lost 4 times now. 4! And each time, the opposing team has stormed the court. The top 10 teams combined have now compiled over 30 losses. Add on any in-conference rivalries and we are looking at 30 to 40 times students will gather on the court, and not every venue is as sober or as safe as Virginia.

The SEC has fined students for rushing the court since 2004. But the fines won’t stop the students. These kids need to realize that if you want to celebrate, go to a bar, hit the quad on campus,  or outside the arena. Don’t rush the court and stand there. Chances are, the players will come to the student section and give the attention they deserve.